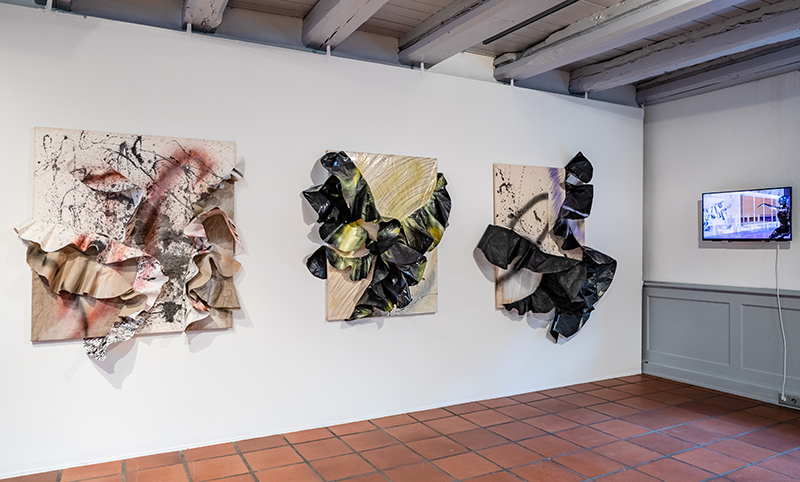 A current series of paintings refers to digital parallel worlds that unfold in the multi-layered video animation reality island is elsewhere. The work is based on various actions by a figure named Rose and her avatar Tessa, who explore in a performative way the surrounding virtual space as part of a complex search for identity. In these paintings  parts of the digital pictorial space were interpreted with three-dimensional object images by applying ruffles or flounces to the canvases, among other things, that refer to the clothing of both protagonists in the animation. On the threshold between abstraction and representation, the ‘dressed pictures’ also refer to certain objects from the video work, such as children’s toys and drawings from the artist’s environment. Thus the paintings appear as encrypted translations of virtual reality and can be understood – like individual figures and scenes of the animation itself – as fragments of a more comprehensive self-portrait.